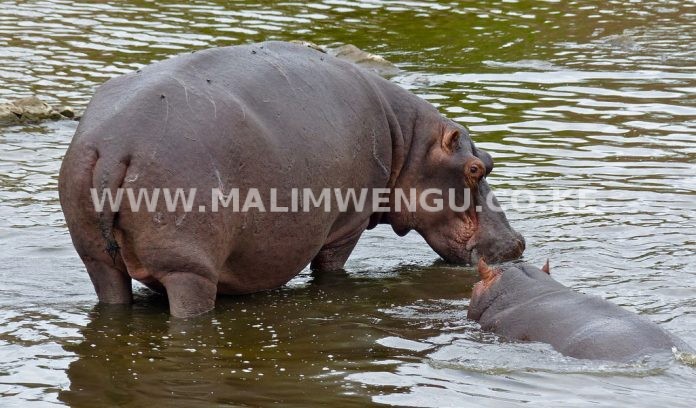 Water levels at Lake Naivasha have managed to cover at least 50-100 Meters of ground. Flower farms set up on wetland soils are now full of hippos.

The Hippos have been chewing anything on their route, with footage showing two of them feeding on flowers inside a greenhouse.

The Ministry of Environment has announced that 8 people have lost their lives while  11 others are currently recovering from serious hippo attack injuries, as a result of the abnormal increase in water levels in Lake Naivasha.

“It is estimated that close to 8,338 households have been affected and over 28,428 people displaced,”  Stated Environment Principal Secretary, Chris Kiptoo.

He also disclosed that the speedy increase in water levels across the lakes in the Rift Valley was last experienced in 1963.

Environment PS was fast to convince people that the government would act rapidly to resolve the human and wildlife conflict caused by increasing water levels.

Scientists have offered a number of theories for the phenomenon, ranging from silting and increased rainfall to moving tectonic plates deep into the earth’s crust.