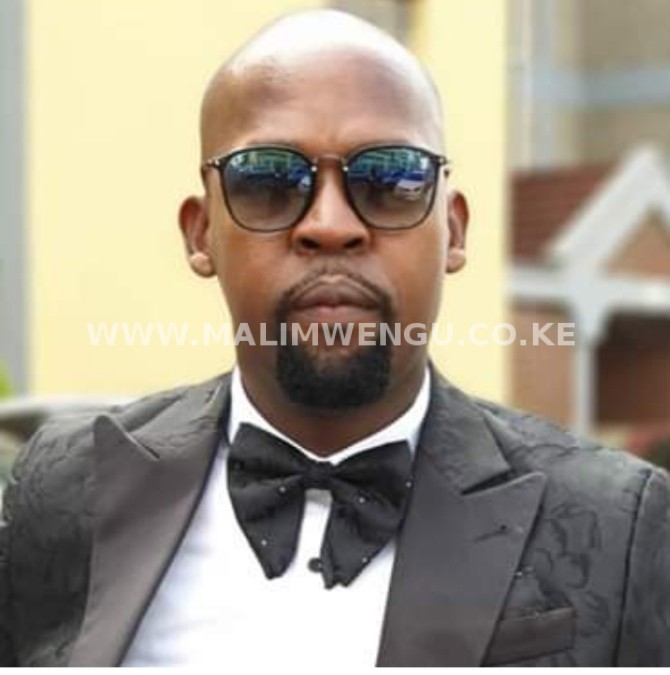 The famous YouTuber Edgar Obare is at it again. He is not sparing anyone when it comes to being exposed.

This time around, it is Alex Mwakideu. Jalang’o’s co-worker and friend.

Allegedly, Alex Mwakideu is having an affair with his former producer at Radio Maisha. The woman’s name is Irene Barungi.

On Milele FM, Alex is widely known to be a family man who is respected by fans across the board.

The person who was giving the tea on behalf of Edgar Obare said that Irene had logged in to Instagram using office computer and forgot to log off.

Based on how partially and one sided the screenshots were being sent to Edgar, we do not fully endorse or confirm that these allegations are true.

The alleged women who was sending screenshots to Edgar, only sent parts that suite the conversation and appeared to implicate Alex Mwakideu. That is a red flag!

Here are the scroonshots. You might have to zoom your screen to read the actual chats. 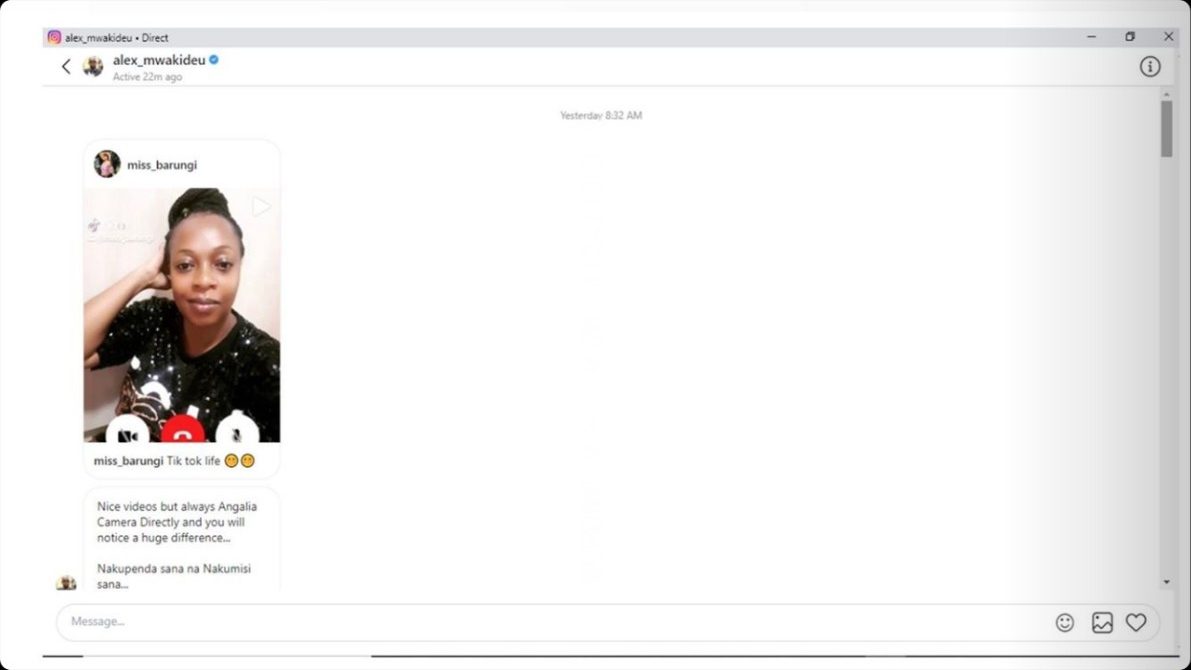 Some of the screenshots from the alleged expose. 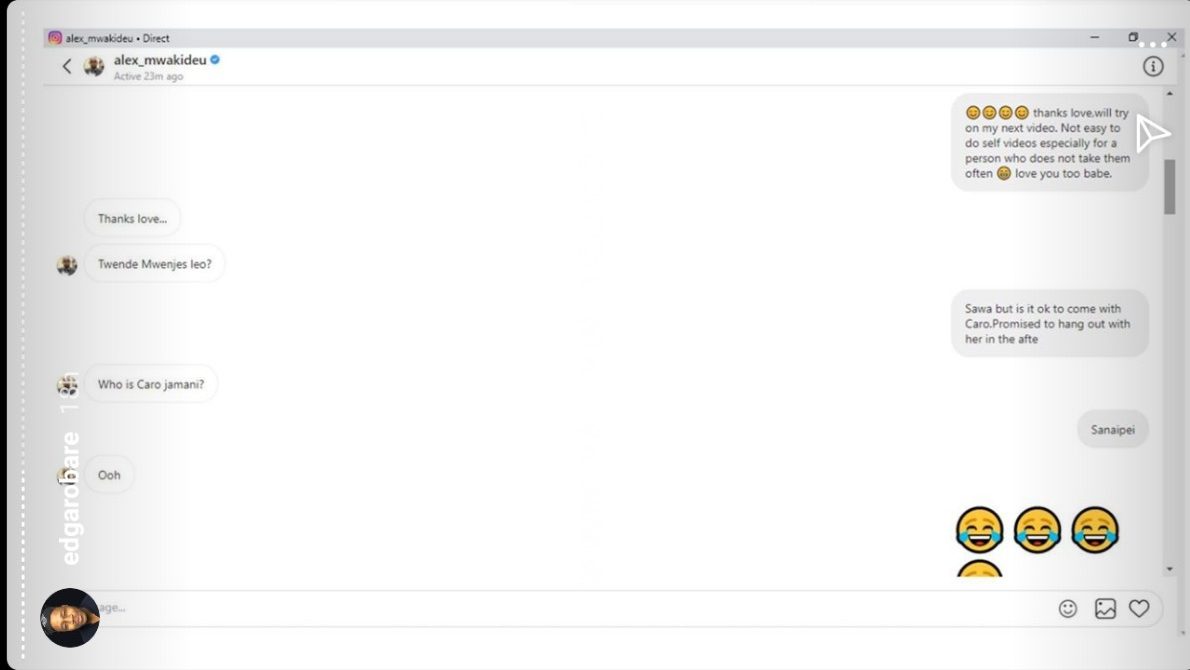 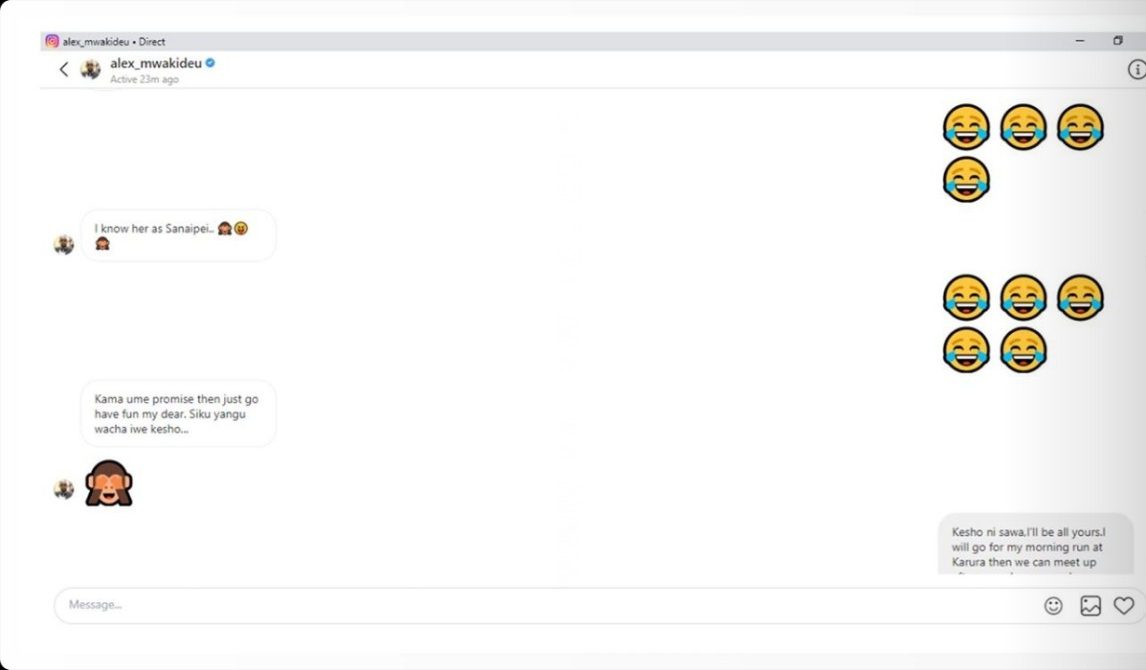 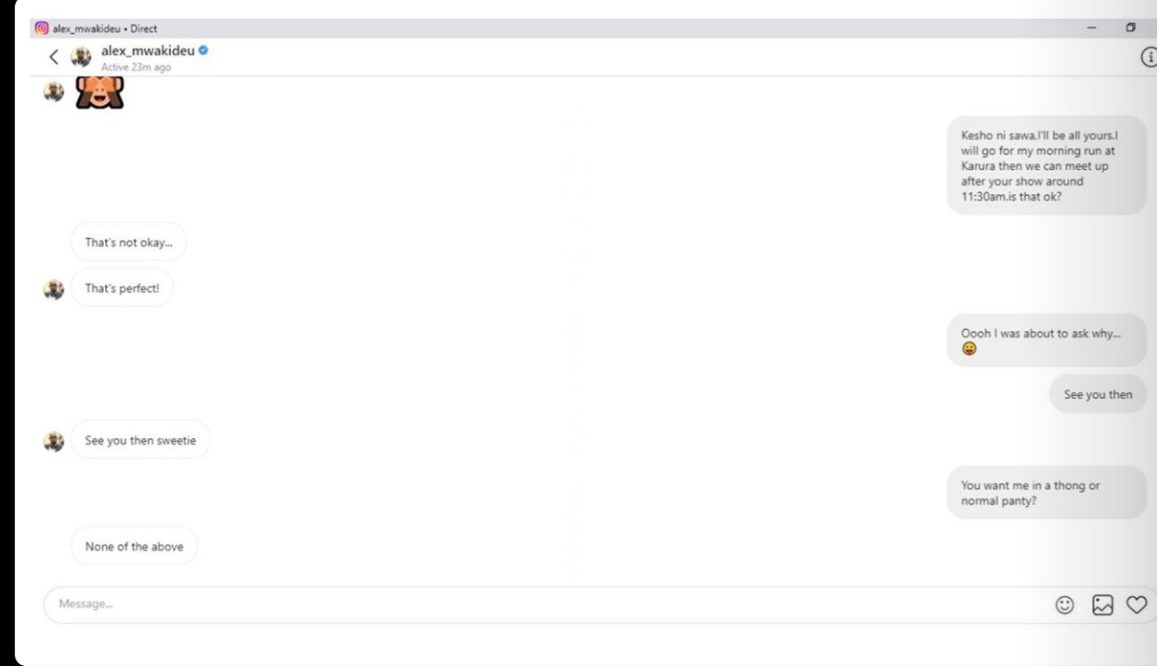 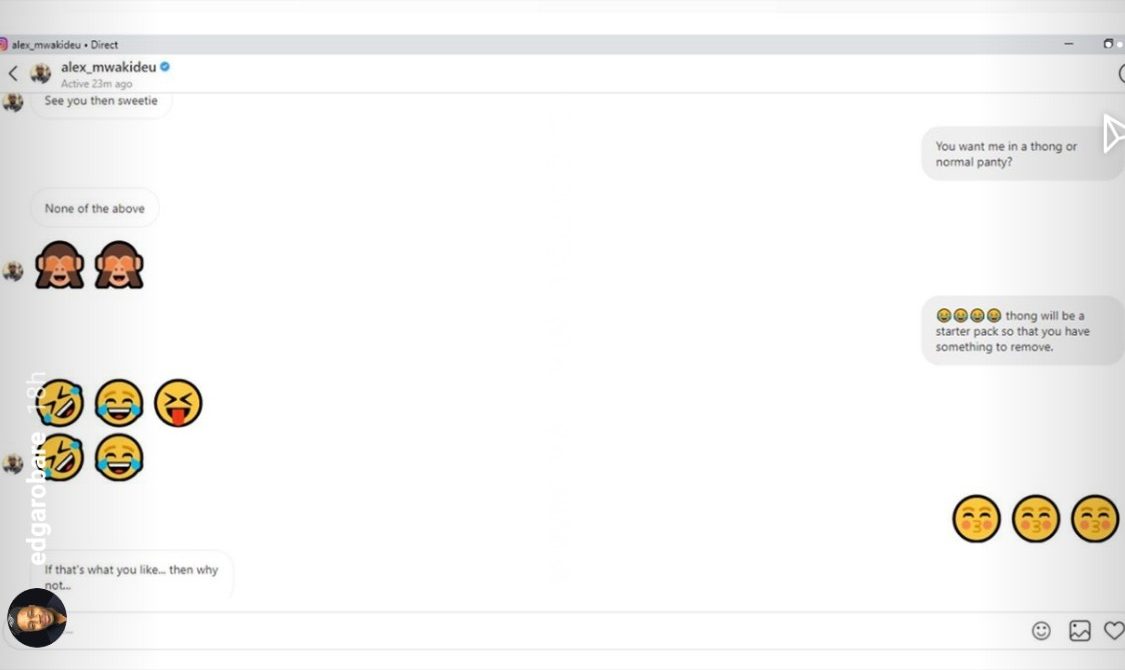 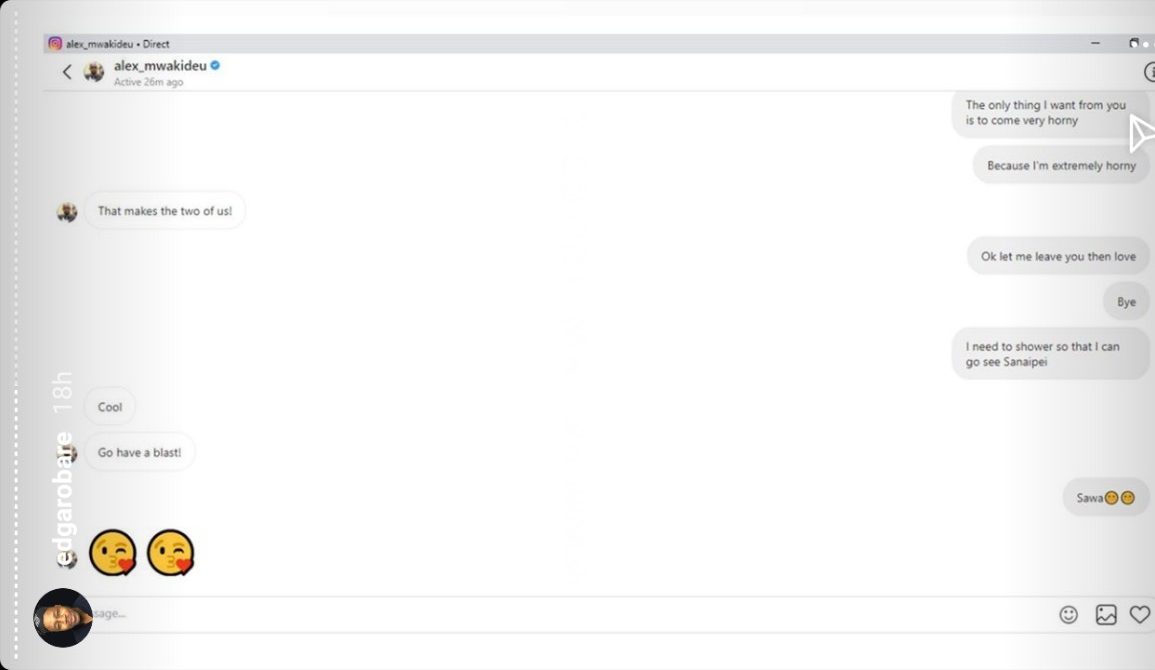 This is barely few weeks before dust settles on Jalang’o and his boys’ club who were equally exposed by Edgar Obare.

Comedian Jalang’o said that he lost so much after the expose. He claimed Edgar ruined lots of families with his expose.

He added that brands do not want to associate with him anymore because of his ‘bad’ image.

The person who was spying on behalf of Edgar Obare said that Irene had logged in to Instagram using office computer and forgot to log off.