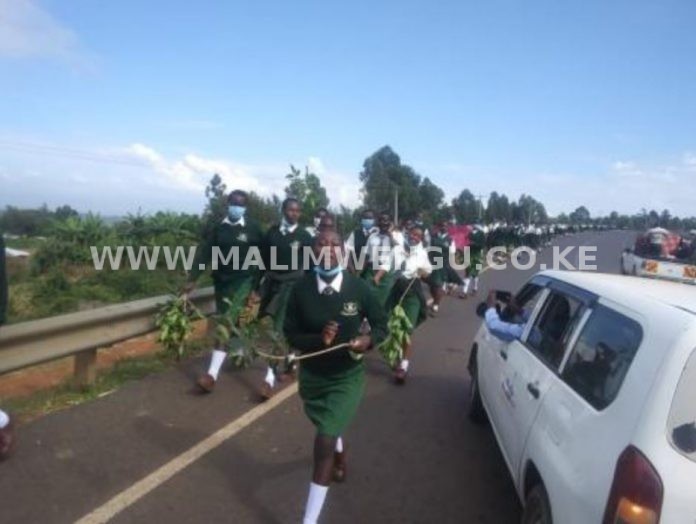 On Tuesday, December 8, form four students from Lugulu Girls High School in Webuye, Bungoma, marched out of the institution in protest.

The candidates staged their demonstrations along the Webuye-Kitale highway, carrying twigs, although their strike was peaceful, they failed to block the busy route.

According to a police report, the school encountered unrest on Monday night as the KCSE candidates asked the Ministry of Education officials to address it.

The incident was confirmed by school principal, Dina Cheruiyot, with the Criminal Investigations Directorate (DCI) officer visiting the school.

The officer discovered that one of the students believed that an unidentified man attempted to defile her, but she raised an alarm that forced the suspect to flee.

Some of the students who spoke to the press after storming out of school disclosed that the school principal took time in the case against the supposed sexual assault incident.