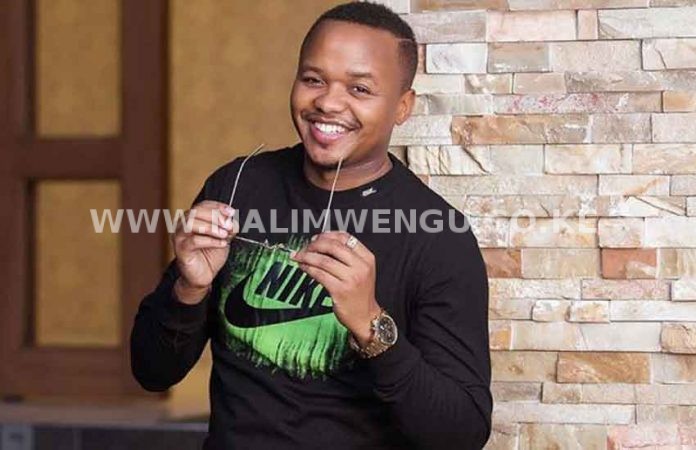 Former Citizen TV presenter David Muthengi, popularly known as Holy Dave has opened up about his battle with drugs.

In an interview on Saturday, October 24, 2020, he stated that he was introduced to drugs during his high school life.

He was suspended several times, suspected of leading strikes, and miraculously survived the school’s attempts to expel him.

He stated that his parents had given up on him and did not even bother to attend his KCSE Prayer Day.

“They didn’t come and even if they did, they wouldn’t have found me because I was so hungover because of partying the previous night,” he said.

The former presenter explained that his experience with alcohol led to his memory loss, affecting his learning.

“The drugs affected me so much and with the memory loss, there is no way I could pass KCSE. When it affected me to a level that after that I had to go for bridging courses for a year, I had to go for pre-university and had to waste another year doing computer packages,” he explained.

After successfully turning his life around, he was able to develop a career in the media industry.

Holy Dave is also a lecturer at top universities in the country such as Africa Nazarene and Daystar University as well as an investment analyst.

“I come from a family of scholars. My dad is a professor, my mum has a masters, my elder sister, and our firstborn, Eunice, has a PhD in Public Health, my brother Mumo has a Harvard MBA, my other sister, Grace, has an MBA as well, then Joey who has a degree in business communication,” he revealed.