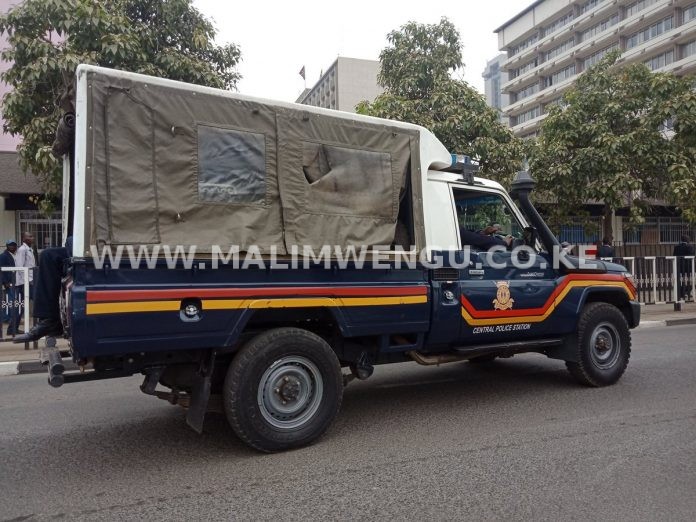 James Thuku Ndichu, a man from Kimilili in Bungoma County, is crying for justice after a police vehicle knocked over and killed his wife.

Margaret Nabudwa, 59, a businesswoman and mother of four from Kimilili town, died on Wednesday after being hit by a police vehicle. She died as a result of injuries from broken limbs and severe internal injuries.

According to reports, the police vehicle was moving at a high speed when the accident occurred. In the process, a boda boda rider was also injured, sustaining minor injuries.

The deceased’s husband stated that he received a call informing him that his wife had been hit by a police vehicle while rushing to beat curfew and get home on time.

“I rushed to the scene and found my wife dead. I was so saddened that I could not speak a word. I am only appealing to relevant authorities to help me get justice,” the husband said.

Residents in the area, as well as the deceased’s neighbor, have blamed the accident on careless driving, with speculation that the officer behind the wheel was intoxicated.

They are urging the relevant authorities to conduct an investigation into the matter as soon as possible so that justice can be served.

“If the police who are supposed to be protecting lives are the ones that are taking the lives of innocent people where are we going? We want the officer arrested and charged,” one neighbor stated. 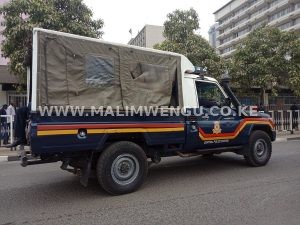