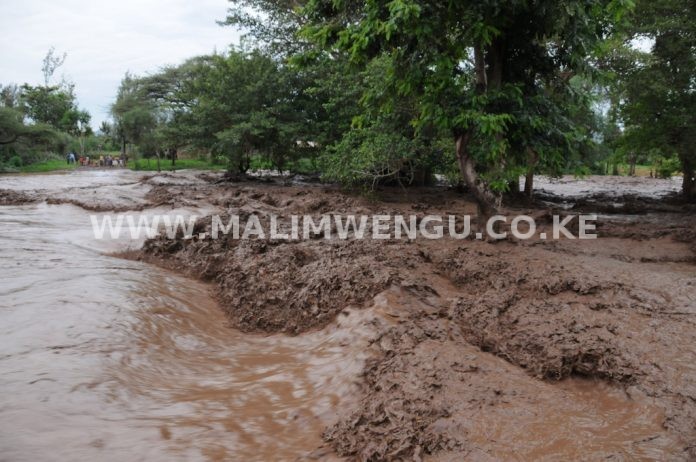 A mother and her child drowned in Lokesem river, Marigat, Baringo county, a while after leaving a wedding ceremony on Tuesday, October 20.

Reports allege that floods swept away the mother and her child as they were trying to cross the vast stretch of the River Lokesem on the road connecting Marigat to Loruk.

Titus Katikit, the area chief, disclosed that the woman and her child were heading home from a wedding when they drowned.

The area police were alerted by children who saw bodies of the two as they were fetching water from the river.

When the two were spotted, the child was still tied to his mother’s back.

After the Police retrieved the bodies, they were transported to the Baringo County Referral Hospital Mortuary.

Shock As Dead Man Found Standing In A House