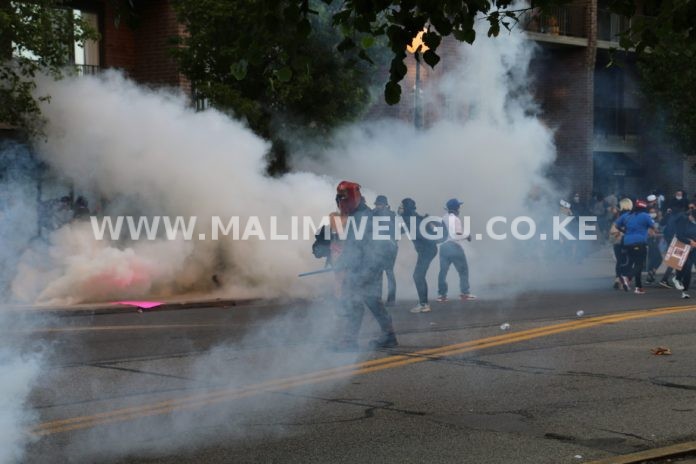 Armed police officers on Saturday, June 5, raided a meeting that had been organized by The Service Party (TSP) which is headed by former Agriculture CS Mwangi Kiunjuri.

TSP, which was holding a recruitment drive, hosted a meeting that was attended by a number of leaders interested in various political positions.

The meeting, however, ended unceremoniously after police officers hurled tear gas at the attendees.

Kiunjuri tried to address journalists but was not able to complete his sentiments as the police lobbed teargas, dispersing him and members of the press.

Kiunjuri described the invasion as political intolerance, noting that all Ministry of Health guidelines were followed.

“The most important thing that should be noted is that as we are speaking, there are other individuals holding meetings elsewhere,” he stated before the teargas was lobbed in his direction.

The incident occurred just two days after police stormed the United Democratic Alliance meeting in Mombasa. The police forced attendees from Tana River, Kilifi, Lamu and Kwale out of the premises.