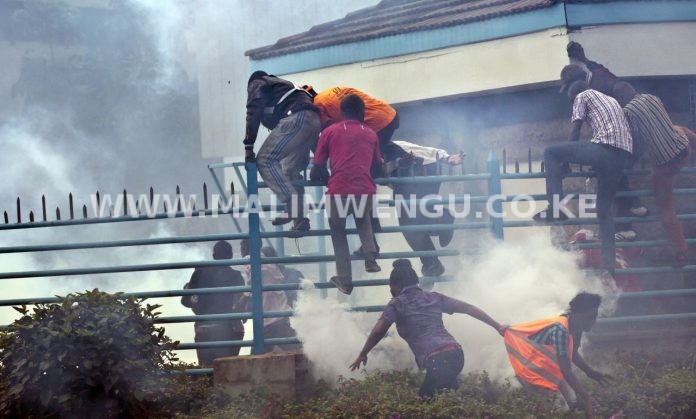 Busia County was in chaos today, Thursday, October 15, when angry Bunyala residents interrupted a teachers’ recruitment exercise and drove all the applicants away.

The angry Bunyala residents were witnessed scattering applicants while demanding for only locals to remain. The angry mob was armed with sticks and other violent objects.

One of the teachers criticized the act as unconstitutional, saying they had been invited by the Teachers Service Commission (TSC) to participate in the recruitment exercise.

“Is this what we call national unity if they (residents) can chase us away from such an exercise?” stated a woman in an interview with the Standard Media.

Different counties have reported claims of applicants being chased from their allocated recruitment centers.

Applicants from Budalangi, Busia County had earlier in the week claimed that they were chased away from the recruitment areas by armed people.

TSC Head of Corporate Affairs Beatrice Wababu, in a statement, said that despite the interruption incidences, the national exercise was still progressing.

“Recruitment of teachers has not stopped in Busia or any other county. Working with other arms of government, TSC county officers assure applicants of their safety during the process,” stated Beatrice Wababu.

Mother And Son Drown In A River In Baringo County