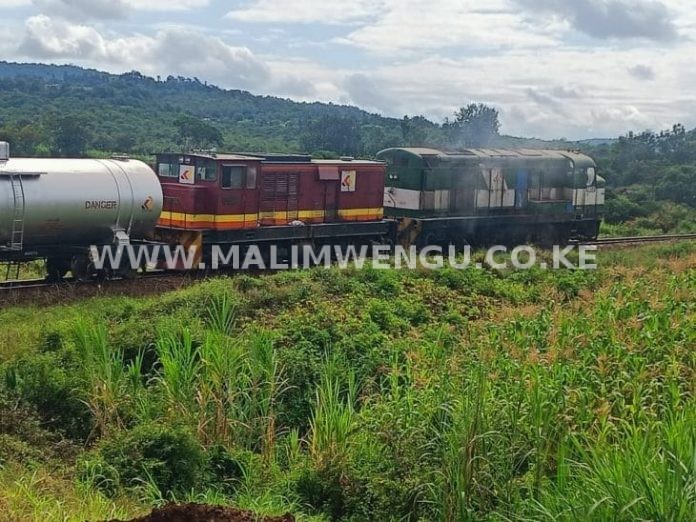 An oil-transporting train from Nanyuki to Nairobi caused a scare in Kabuta village, Sagana, after catching fire following a mechanical breakdown.

According to reports, the train had just delivered oil in Nanyuki and was on its way back to Nairobi when the incident occurred.

The cabin crew escaped unhurt and were able to put out the fire before it spread to other ‘wagons,’ with help from Murang’a station firefighters.

Captain Anthony Mwangi, the lead firefighter at Murang’a, said they were called for help around 9:30 a.m. and were able to stop the fire in time.

“We managed to control the fire before it spread to other places. We thank the residents for cooperating,” Mwangi said.

The fire is said to have been caused by an electric fault.

Witnesses narrated what transpired saying they thought the train would burst into flames after stopping with smoke coming out of it.

“We saw smoke filling up the air from the train. We couldn’t approach it as we were fearful it could burst into fire,” Caroline Muthoni said.