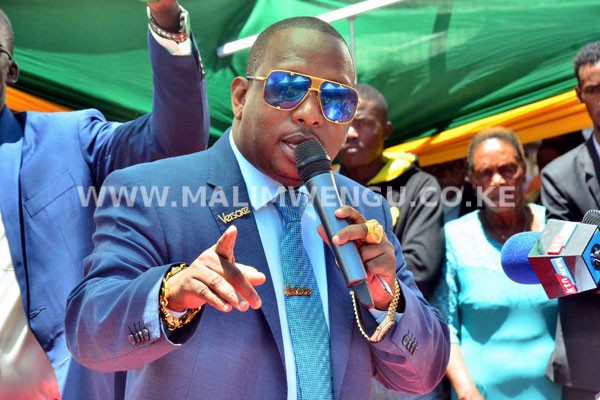 Former Nairobi governor Mike Sonko has faulted the Ethics and Anti-Corruption Commission (EACC) after his name was included on a list of politicians with unexplained for wealth.

In a series of tweets, the former governor wondered if it is a crime to own property in Kenya. In his defense, he said he started accumulating his wealth while still in school.

“I started owning, buying and selling property when I was in school and before I became the Governor. Mutashangaa…… labda muulize hao wengine,” Sonko tweeted.

Sonko also questioned why the anti-corruption commission has not taken action against its former boss, who was involved in the Kenya Medical Supplies Authority (KEMSA) scam.

Further, he questioned why those who secured the sale of Integrity Centre at an exorbitant price are yet to be brought to book.

In a report tabled before the Senate Justice and Legal Affairs Committee by EACC Chairman Eliud Wabukala on Tuesday, the commission said it is investing property of three former governors and a sitting county boss worth Sh11.5 billion believed to have been acquired illegally.