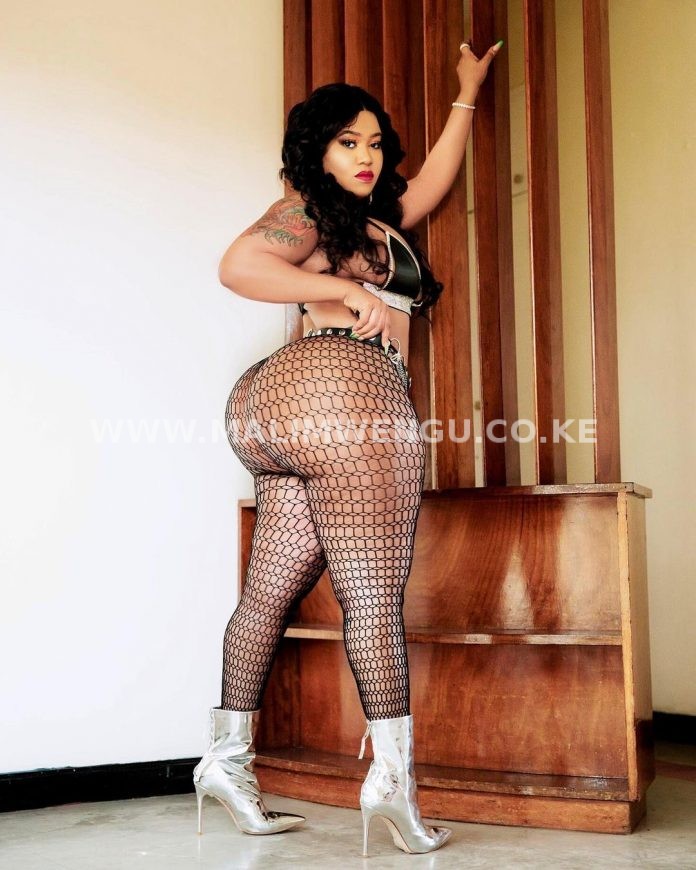 Former socialite, Vera Sidika, who has maintained a low profile ever since she married Brown Mauzo, revealed a lust trap that had never been seen before, not only exposing acres of skin but also a massive butt, making it awkward for her fans.

While some posted thirsty comments on her social media platform, there are those who wished she could cover up a little more now that she’s married.

Not quite sure why most fans felt offended although they support the likes of Cardi B and Kim Kardashian whenever they step out in such outfits.

As seen in the comment section, most people went on to remind Vera Sidika that she is now a married woman, who should keep her body for her husband’s eyes only.

However, since the husband, Brown Mauzo also left a comment on the provocative photo, it suggests that he also approves of the photo.