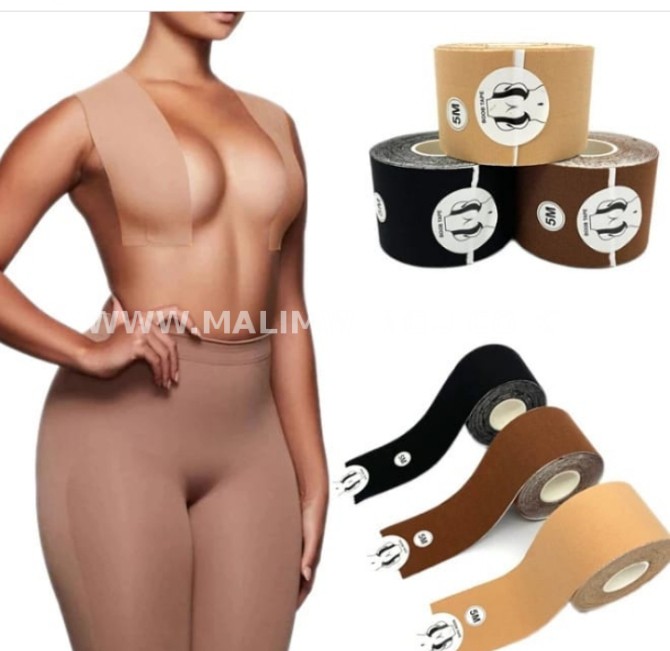 Have you heard of the latest trend BoobTape? If you haven’t, worry not.

There has been a trend going on for two years now and it’s taping your boobs to create cleavage or lift your boobs.

Boobtape is actually better than a bra as it’s sweat and waterproof. As a lady you can actually swim in it.

You can also tape your boobs in different styles according to the outfit you want to rock. Good news is that BoobTape is finally in Kenya.

This style was invented by Kim Kardashian. She is known as the queen of taping. At the moment Kenyan Stockist are @BoobTapeKe and other shops selling bras.

Now go and get yourself  BoobTape and rock with it. Don’t say Malimwengu never plugged you.

Uhuru Kenyatta: Insult Your Mother and Leave Mine Alone

Photos: 3D Tattoo Designs And Where To Find Them In Kenya.