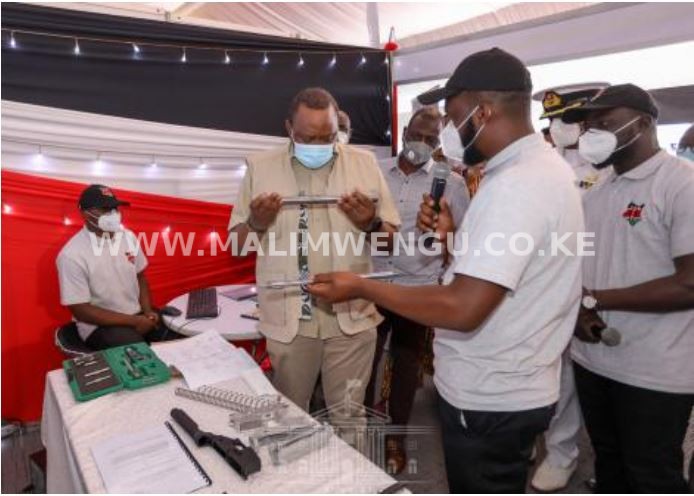 A Kenyan youth group of university students was tasked with creating new weapons under a secret operation called the National Security Industrialization Project.

Former Government Spokesperson Cyrus Oguna revealed that the students who are in their 20s were approached by the National Intelligence Service.

The young students were praised for designing security weapons such as the CMZ 4 Assault Rifle, a device that reduces the effect of improvised explosives and other undisclosed weapons.

“They were recruited from the university with the recommendation of their lecturers. Some of them are fresh graduates while others were handpicked straight from lecturer halls while still studying,” Oguna revealed.

The President’s office is reportedly funding the 700 youth in the program. Reports alleged that the Head of State was keen on distancing the project from political interference. Kenyatta disclosed that the group was drawn from different specialization fields.