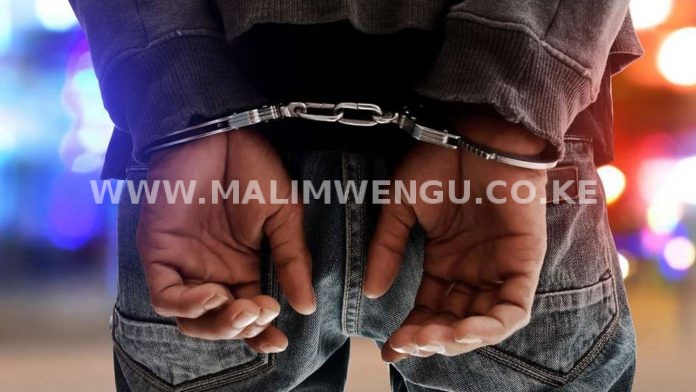 Officers from the Directorate of Criminal Investigation (DCI) arrested a police officer on Saturday, May 15, in connection with the death of a Nairobi matatu tout.

Homicide detectives stated that the police officer, who was stationed at Dabel Police Station in Moyale, was being treated as the main suspect in Joshua Mungai’s murder.

After nearly a month of forensics and investigations, DCI officers assigned Police Constable Edwin Oscar Okimaru to the scene of the crime.

On April 18, around 10 p.m., the tout and two other friends were arrested for allegedly violating curfew orders. They were allegedly assaulted before being bundled into the trunk of a private car.

According to investigations, the victims were driven to Tuala bridge area and dumped. However, one of the three men whose hands were tied with a rope was able to free himself and save his friends.

“He called a boda boda rider who was passing by and they helped Mungai and the other friend onto the bike which rode them away. However, they couldn’t assist Mungai to a hospital, for fear of coming across the officer and his ally who had assaulted them,” DCI explained.

That night, the trio parted ways at Nazarene University. The following morning, a good samaritan rushed the tout to Kenyatta National Hospital where he was pronounced dead a few days later.

He had suffered critical injuries on his chest as a result of being hit by a blunt object. He also suffered broken ribs and bones.