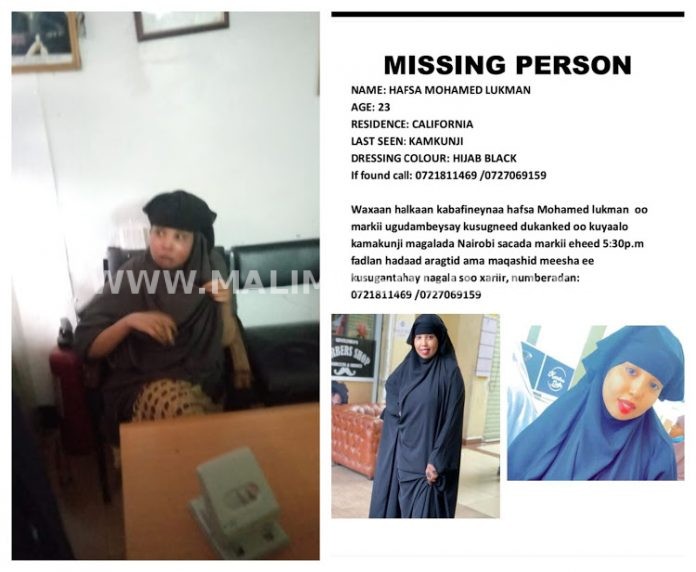 A 23-year-old woman, who was recently kidnapped by unknown people in Kamukunji area, Nairobi, has been rescued by police.

Hafsa Mohamed Lukman was found abandoned and locked in a house in Matopeni area, Kayole, on Sunday.

“Following an elaborate operation conducted by detectives from Crime Research and Intelligence Bureau and the Special Service Unit, Hafsa was rescued today morning,” the DCI said on Sunday.

Police who have been hunting for the criminals behind her abduction said she was alone in the house.

Police took her to the local police station to record a statement before being taken to the hospital for check up.

The officers and her family said no ransom was paid. It is not clear why the kidnappers decided to abandon her there and leave.

According to the DCI, a 24-year-old suspect who is part of the gang that kidnapped Hafsa, was arrested and is currently being interviewed by detectives.

Hafsa went missing from her shoe shop in Kamukunji Trading Centre on Tuesday, June 15. Her abductors demanded Sh5 million to release her.

Hafsa, who appeared tortured in a heartbreaking video clip recorded by her kidnappers after her disappearance, begged her family to meet the demands of her tormentors in order for her life to be spared.