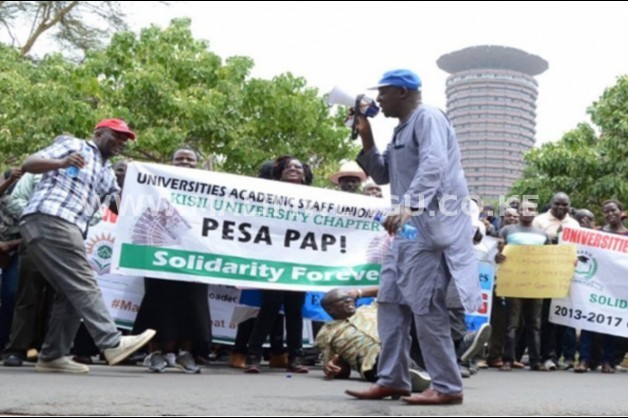 Unionized lecturers at Kisii University on Wednesday, May 26, went on a strike to push management to honour a slew of collective bargaining agreements, some of which date back to 2013.

At least three CBAs are yet to be honoured according to union officials.

On Wednesday, the union issued a notice to all lecturers to boycott classes until the university agrees to their demands.

“The decision to get this far is largely due to the failure by the university to honour the pact on paying us the money,” said George Andima, UASU, Kisii University branch boss.

The lecturers want the university to meet all the ‘tenets of all signed internal CBA dated 2013-2017’ before they return to class.

The university management is also accused of failing to remit employee funds to Saccos, banks, insurance companies, and pensions.

He said he has no moral authority to continue amid failure to pay the lecturers what rightfully belongs to them.