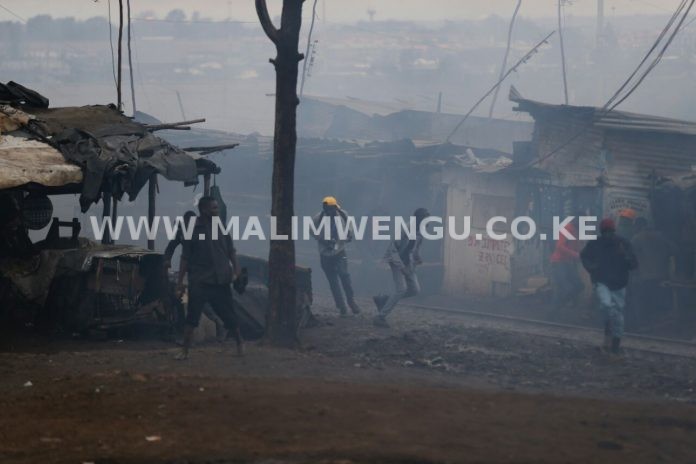 Residents of Kawangware 56 estate in Nairobi engaged the police in a running battle as they expressed their concerns over rising insecurity cases in the area.

A group of people protested over the tragic death of a bodaboda rider in the area.

The demonstrators claimed that the rider’s dead body was discovered lying in the City Mortuary after being arrested by a police officer who was not in uniform.

Residents say that the body was taken to the morgue after it was found in the slum of Kibra.

“We cannot go on living like this. Erico (victim) is not the first one to get arrested and then disappear under mysterious circumstances. We are in a lot of pain as we found his body dumped next to the railway track in Kibra,” one of the protestors told the media.

The residents lit tires and blocked roads in the area as they clashed with the police.