Stephen Wamukota, the 9-year-old boy who designed a unique machine for washing hands has received National Honors on Monday.

He is among 68 recipients of The Presidential Order of Service, Uzalendo Award.

Wamukota, who lives in Bungoma County, hit the headlines in April this year after he came up with a handwashing facility that could be used without touching it.

To use the machine, one has to step on a pedal that releases the soap and water.

During an interview, he said that he had seen people struggling to wash their hands comfortably with no fear of contracting coronavirus.

The Class 3 pupil from Mukwa Primary School revealed that the machine had cost him Ksh.3,000 to construct.

He narrated how he started putting the machine together on his own but could not complete it. “I had the idea of developing this machine and after I started, I ran out of materials and approached my father who assisted me to complete it,” the young Wamukota said as quoted by the Daily Nation.

His father James Wamukota repairs radios and phones. He intimated that his son has always had a creative mind and residents have been flocking their home to see the unique gadget.

The creative boy who has also been interviewed by the BBC said he desires to be an engineer in future.

On May 15, Bungoma Governor Wycliffe Wangamati and area Senator Cleophas Malala said they would scout for a special school for Wamukota to nurture his creativity. 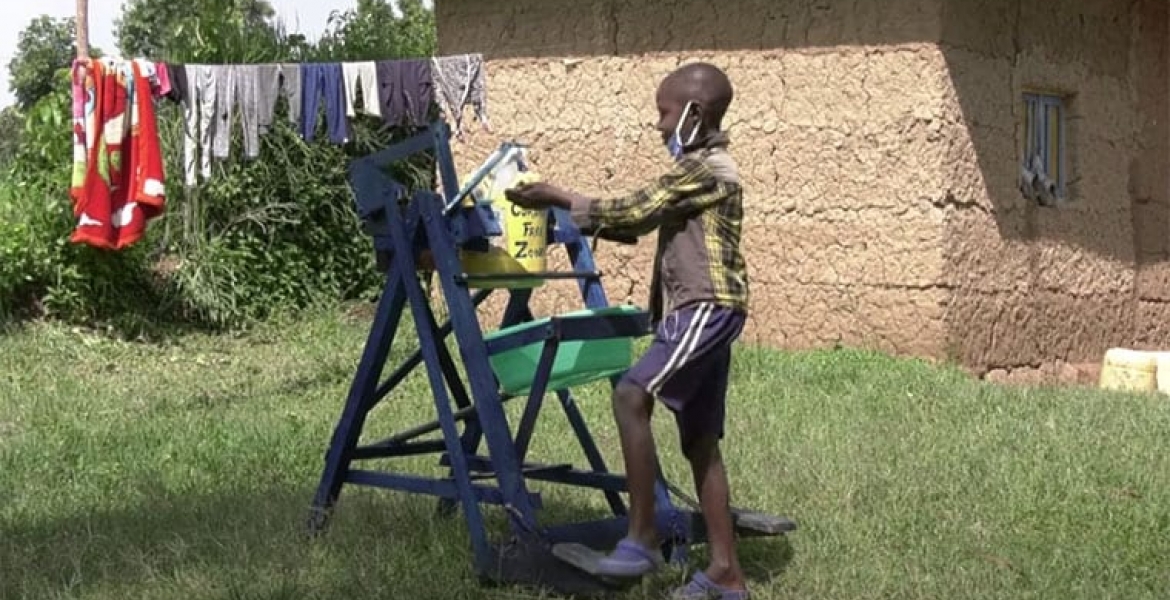