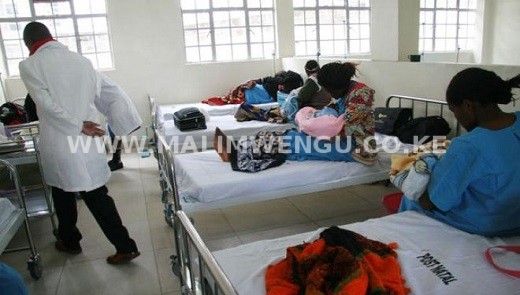 Residents of Kiandutu protested outside Thika Level Five Hospital on Thursday, September 17, when Joel Maina accused the facility of withholding the whereabouts of his baby, who was born on Friday, September 11.

He also accused the hospital of allegedly operating on his wife without his permission, despite his earlier plea for interaction during admission.

“I hear it was a stillbirth, but the hospital has failed to show me the body. Again, they had my contacts and since Friday, they should have phoned and informed me of my child’s death. When my wife was admitted at the facility, the infant was playing in the mother’s womb. She was taken to the theatre for a CS operation. When I visited on Saturday (September 12), the hospital blocked me at the gate despite identifying myself,” said Maina.

Maina added that he had not seen his wife for a week and had yet to be told of her improvement.

Two days later, on a Monday, he forced his way to the hospital only to be asked to sign paperwork to allow his wife to undergo a second operation after her condition had worsened.

He demanded for a DNA test to determine the paternity of any infant that the hospital may have delivered to him.

Dr. Jesse Ngugi, Medical Director of the Hospital, reported that the child was stillborn and was taken to Thika Level Five Hospital Mortuary. He said the baby died after the mother had developed high levels of sugar during surgery.