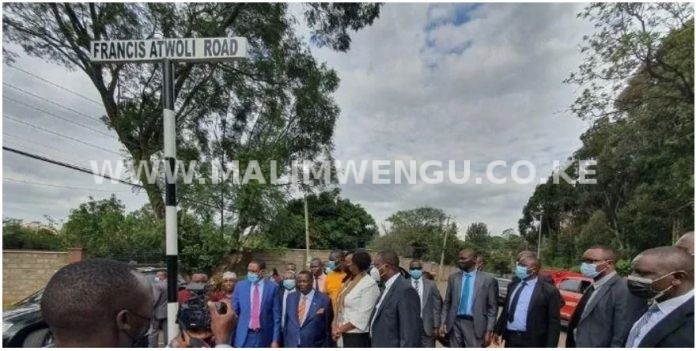 The Nairobi County Government has named a road after COTU Secretary General Francis Atwoli in the upmarket Kileleshwa.

The road was unveiled on Thursday, May 27, in the presence of Nairobi Deputy Governor Ann Kananu and other leaders.

The COTU Secretary-General has expressed gratitude for the honor bestowed upon him.

“I want to thank the leadership of Nairobi County, under Ann Kananu for this great honour and recognition of services to the Government of the day, the community and Workers at large. We will continue offering our unwavering support to the leadership of the County,” Atwoli stated.

The honour came just months after a road previously known as First Avenue in Eastleigh, Nairobi, was named after the late Garissa Senator Yusuf Haji.

“The service that the late senator rendered for this country is enough for him to be honoured. Haji’s rise to the top from a public administration officer, Ijara MP, to assistant minister and later a minister is no small feat,” Majority leader Amos Kimunya stated.