Can Larry Madowo tell us which prayers he used to ”omoka” in his career as he is doing right now. From being a simple anchor on NTV kenya interviewing Kenyan politicians to interviewing the one and only Bill Gates.

Just recently he was interviewing Timmy Tdat and other Kenyan musician on the Trend. Look at God’s blessings upon Larry Madowo. Weeeh!! Enyewe he is God’s favourite. Now he is interviewing the second most richest man in the world.

William Henry Gates III is an American business magnate, software developer, investor, and philanthropist. He is best known as the co-founder of Microsoft Corporation.

Larry took to his Instagram and made an announcement revealing he would be interviewing Bill Gates all day today across the BBC, on TV and radio. 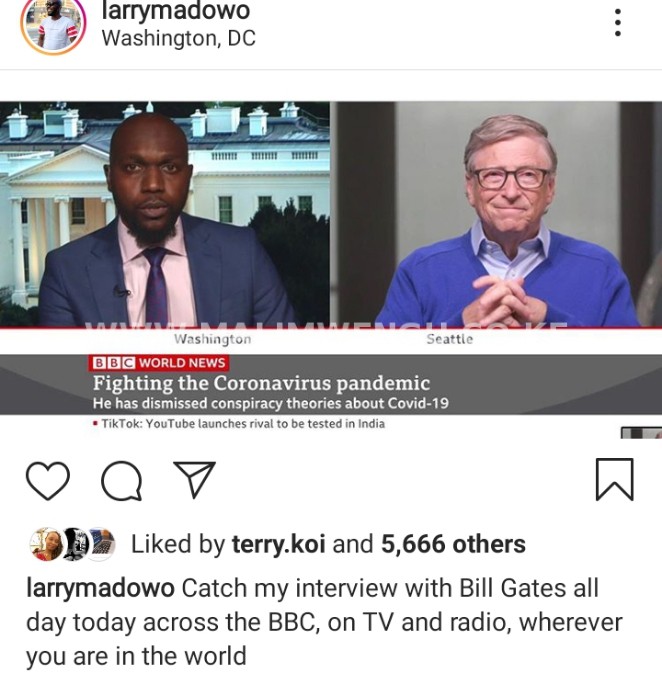 Some of the reactions from his followers were:

@addisilvaevanx : Larry how does it feel to be God’s favourite

@theeffy_kindagal: Nuh you made it MADE IT